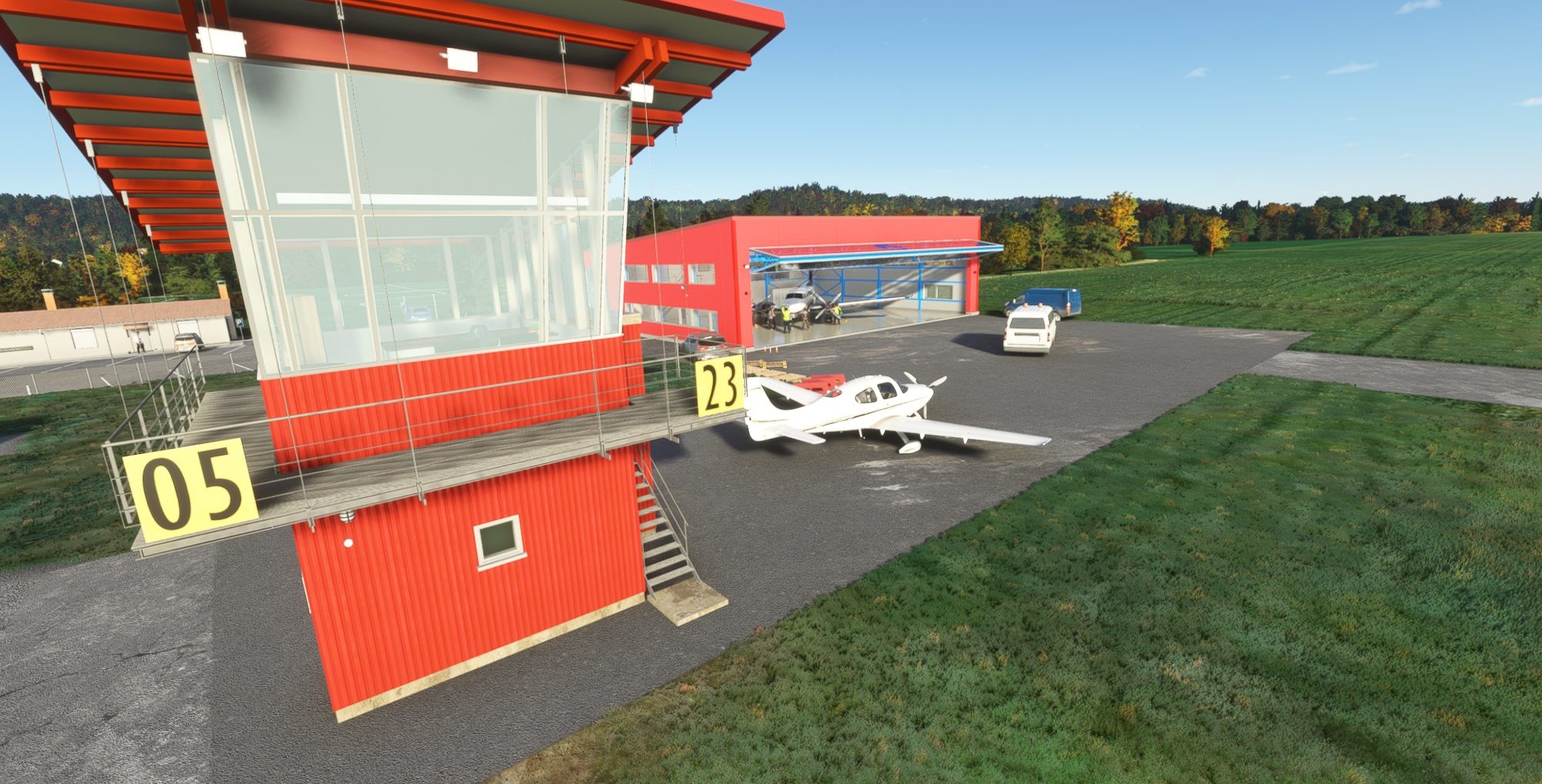 Leutkirch-Unterzeil is a airfield in the Allgäu and is located 20 km southeast of Memmingen between Tannheim and Kempten.
The operator of the airfield is the Adelshaus Waldburg-Zeil.

This airfield is included in the Bavarian Airfields package!

Also operated at Leutkirch airfield is balloon flight, parachute jump by the Flying Nuggets, night flight, ultralight flight and glider towing.
Leutkirch acts as a customs airport if you want to travel further abroad through the Schengen Agreement.
The airfield is also home to the Fliegergruppe Leutkirch e.V. (founded in 1956, 5 own aircraft, 2 hangars) as well as the restaurant Müller Flieger-Stuben with a view of the apron.
In addition, the Flugwerft Leutkirch is on site with a state-of-the-art hangar and carries out the certified maintenance for many flight schools and aircraft owners.
The complex folding mechanism of the maintenance hall as well as the hall itself were reproduced from the original down to the last architectural detail.

Representing Leutkirch in the simulator was a special challenge.

The shipyard owners wanted an authentic representation of the hangar including the folding mechanism of the opening gate. For this purpose, our architect in the team inspected every cross beam, every door, every pillar and reproduced it one-to-one in the simulator.
Visual flight points here are Zeil Castle above the motorway, the sawmill with crane and lighting, the silos and the replica motorway.
All advertising banners in the restaurant area also correspond one-to-one to the original.
It should also be mentioned that we reflect the current status: The runway has been changed as in the original since November 2021 to the lanes 23 and 05